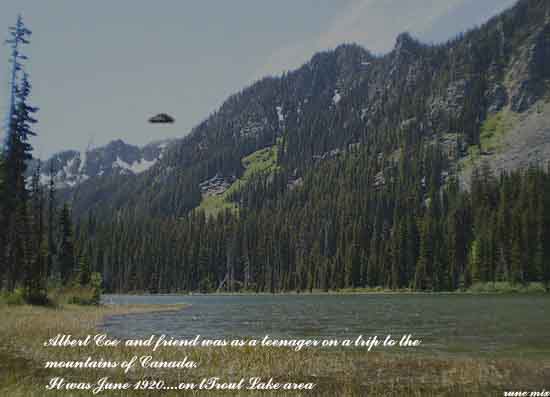 "Then he saw his "plane" take off and disappearing - and Albert at this first time accepted his word that it was an earthly plane...

map of the area he met this strange man....

pdf of the original book link

ALSO TO READ: (BUT remark this book down had a lot of  prophecies, many of them biblical - and the timelines/karma, since this was "told" - have seemingly gone other directions, but many things was 'very near' fx that about '911': )

A DATE WITH THE GODS by Charles Silva: yes, much of interesting in this book; fx, the space lady Rama demonstrates to materialize thoughts into "things" - see the lower half of page 122. About the sun and a drawing of energy generation there- Page 143. About the connection of the Spirit to the matter - page 141. AND; 27years before 911 !! - in 1973 - she foresaw some catastrophic happening would happen i september 2001. She only missed a few days from "the september 11 -happenings".. The book is now online among other places, on http://galactic.no/rune/spesBoker/CharlesSilva_ DateWith_The _Gods_77.pdf﻿